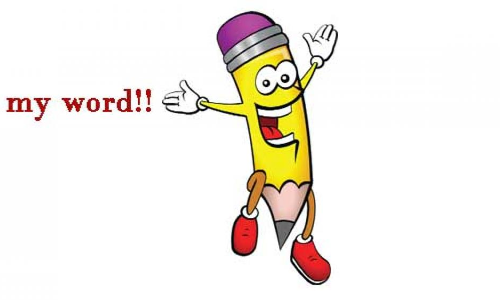 Let your life lightly dance on the edges of Time like dew on the tip of a leaf." –Rabindranath Tagore Leaf, Leafs, Leave, Leaves

"Let your life lightly dance on the edges of Time like dew on the tip of a leaf." –Rabindranath Tagore

Leaf functions as a noun and a verb. As a noun, the leaf is the small, green and flat part of a plant that grows directly from a branch, trunk or root.

The plural form of leaf is leaves. There are plants that are almost leaves: spinach, lettuce, cabbage growing directly from the roots!

A leaf is the key part of a plant: the organ of photosynthesis.

Leaf also refers to a page in the book; a written piece of paper or printed matter in a manuscript or book.

As a verb, leaf refers to turn over pages in a book or a newspaper as a result of reading or glancing; looking or reading a book or any written or printed material.

The plant's leaf when they have sufficient sunlight and water, if not they, the leaves wither away.
The colour of the leaves can leave you with some relief.

Note that leafs is a verb: not a plural noun of a leaf.

Urbanization is leading people to live in leaf-less areas because leafy trees are becoming rarer, and leafy vegetables dearer.

Leaflet refers to a page in a book or a tiny leaf in a plant.

Leaf Plural: The plural form of leaf is leaves.

Few commuters on buses and trains leaf through magazines or newspapers.

He leafs through all the newspapers in the morning because it is his job to monitors news reports.

Leafy, leafier and leafiest; and leafless are adjectives.

Leave functions as a noun and verb (in addition to as the plural form of the noun 'leaf'), and had many meanings depending upon the context. For a comprehensive meaning of the word, refer to a standard dictionary.

Leavin' is an eye dialect spelling of leaving or a contraction of leaving.

If you are leaving means: you are going away from that city or country, or from that person.

Leave as a verb refers to someone going away from a person or place to another person or place. The past tense and past participle of leave are left: leave-left-left; other verb forms are leaves and leaving.

Leave as a noun refers to time of absence from work or duty for one or the other reason.

How many leaves have you taken this year, among them sick leaves?