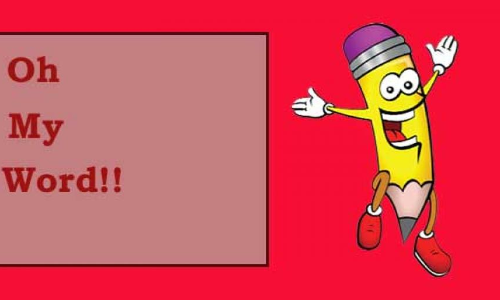 Each is not always an easy word, even for authorities. Here are William and Mary Morris writing in The Harper Dictionary of Contemporary Usage: ‘Each of the variants indicated in boldface type count as entry’. Make it ‘counts’.

“Each is not always an easy word, even for authorities. Here are William and Mary Morris writing in The Harper Dictionary of Contemporary Usage: ‘Each of the variants indicated in boldface type count as entry’. Make it ‘counts’.

As the Morrises doubtless knew but failed to note, when each is the subject of a sentence the verb should be singular. However a plural verb is correct when the sentence has another subject and each is a mere adjunct.” –Bill Bryson

Each is singular pronoun, so it takes a singular verb: Each of us is gifted.

Note the position of each in the sentence (whether it functions as a pronoun or determiner or adverb) and the verb: make sure the subject and the verb agree.

Each house (singular noun) costs (singular verb) more than what you earn in 20 years to buy.

“Flattery does not encourage the perfect flow of love in the vein of your relationship. Be genuine and speak out what you feel for each other without hiding the painful truth.” ―Michael Bassey Johnson

Each and every is used to emphasize everyone in a group or class – the speaker is referring to every person. What affects each and every one of us? Some avoid using each and every citing the expression is trite, and redundant, because each suffices.

Each other’s is the possessive form that indicates belonging to someone or something – they tried driving on each other’s cars – which car is the best.

Each others is not a standard usage: They loved each other: each other’s love lasted each other lasted to the end.

When the children are at home, you feed each with a dinner of their choice or decent edible meal.

Generally, each other is used for two thing, and one another for more than two.

Each other is a pronoun but not used as the subject of a sentence: India and China like each other passionately.