Any, Anyone, Any one, Anyhow, Anyway 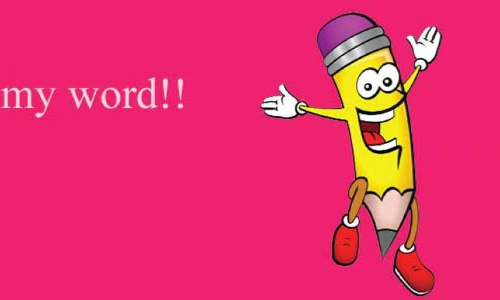 There can never be a moment when language truly stands still, any more than there is a pause in the ever-blazing thoughts in the human mind.” –Wilhelm von Humboldt (1767-1835)

“There can never be a moment when language truly stands still, any more than there is a pause in the ever-blazing thoughts in the human mind.” –Wilhelm von Humboldt (1767-1835)

Any is a small word but has multiple functions, and a prefix for many words: anyone, anybody, anyhow, anymore, anyplace (anywhere), anything, anywhere, anyway.

Any as an indefinite determiner is used negative sentences, and in questions formed with if, whether, after, hardly, never, and without.

They did not eat any thing today (unspecified amount).

Do you have any free time to help others?

Do you know any one in China? Anyone of some artistic mind?

Any is used with singular nouns referring to one out of many: Pick up any one mango from the basket!

Any means every, no matter which: Any one can achieve anything in life, if only s/he is determined.

Any functions as an indefinite adverb used with faster, slower implying to a degree, at all. He cannot run any (not at all) faster than her.

Anyone means any person, anybody. Note that anyone and anybody are used interchangeably.

Anyone is an indefinite pronoun: any person, one person out of many.

Is anyone coming with me to run? Anyone here can be any one person among the many persons or more than two persons or people.

Anyone and anybody always take singular verbs.

Are there any one in the country to make it corruption-free?

Any one means a particular person, a specific object. Any one mentions or focusses on one out of a group, one out of a selection.

The family usually likes any one of the restaurants in their area: the family acts locally, but thinks globally.

Anybody or anyone is used in negative sentences referring to any person of importance or significance. Nobel Prize winners are mostly nobody before but no more anybody after winning the prize.

Anyhow is an indefinite adverb meaning carelessly, and unsystematically. Anyhow, he lived, and well. Anyhow also means anyway in the sense whatever the facts may be, in spite of this, at least.

If you do not act on life, consciously, life will act on you: gets out of your control; anyhow (at least) it is never late: act now.