Interact with everyone, decide for yourself 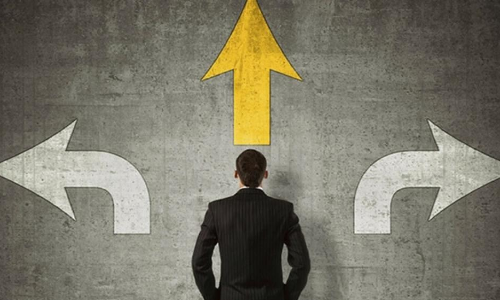 Legendary actor Amitabh Bachchan in a letter written to his grandchildren said, \"Don\'t live in the shadows of people\'s judgement. Make your own choices in the light of your own wisdom. At the end of the day, you are the only one who will face the consequences of your actions.

Legendary actor Amitabh Bachchan in a letter written to his grandchildren said, "Don't live in the shadows of people's judgement. Make your own choices in the light of your own wisdom. At the end of the day, you are the only one who will face the consequences of your actions.

It may not be easy, setting your own boundaries, making your own choices, rising above people's judgement." The context of Bachchan's advice to his granddaughters might be different but that dilemma haunts every household, albeit in varying contexts.

Parents and guardians often try to dictate choices for their young ones. Some resent. Some follow. Some succeed. Many may not. The generational conflict is inevitable. Parents feel it as their solemn responsibility to guide the children in a distinct path, which they think would benefit the youngsters the most. However, driven by distinctly different tastes and attitudes, children try to negotiate.

Parents are always sceptical of their children's maturity levels to take a call, at least on important aspects. It is true, as children may take a decision based on a host of factors. Peer influences can have a profound impact.

My suggestion is very simple. You do anything you like, provided it has a world of opportunities waiting for you. Remember always that if you shine in your chosen, success is bound to follow you. Although, there is no choice between success and failure, there is a choice between what to choose to be successful in.

Parents have to appreciate the fact that even in a family, there is a diversity of tastes and believes. Given the current situation, can a parent leave a decision completely to the child's priorities? Parents fear emotions may drive them. Myriad influences may motivate them. Tastes may not have crystallised, as yet. These factors do justify parental intrusion.

The solution perhaps lies in negotiating with the child. Parents should have an open and purposeful discussion with full empathy for the child's point of view. Your analysis and reasoning should drive the child rather than your parental authority to influence the child. Parents and children should appreciate each other's concerns and predilections before arriving at a consensus.

Sometimes, ambitious parents expect the moon from their children oblivious of their capabilities and inadequacies.

One of my uncles had an obsession to make his children IAS officers. Unfortunately, their capacities failed to match the expectations as a result of which most of them had to settle for mundane professions.

Let me give another experience where a child who failed to make it to medicine in a particular year was unable to figure out whether or not to go for a year-long preparation to crack the entrance examination.
There is no clear answer, actually. There are examples of students, who succeed in their second attempt and those who wasted one precious year in their life.

There is often a herd psychology. Children take a call based on what their friends do. A concrete study of the concrete conditions is the essence of science.

I sat with the child for a few hours to figure out the choices, capabilities and other factors that could have a bearing on the decision-making exercise.

My answer was simple. If you want to go for a second attempt, there is nothing wrong in it. However, they should be willing to go the extra mile to achieve the dreams and aspirations. Test your level of determination. Measure the distance between where you are and how far the destination is. Decisions should not follow from a romanticised view of life but be based on realistic assessment of oneself.

There can be and will be a lot of wavering until you resolve one way or the other. It is a common phenomenon. However, once a choice is made, and a decision taken, implement it will all the energy in you. Let there be no regret later. You are advised to interact with your parents and others who have a better view of life before you firm up a decision.

As American author and motivational speaker, Robert H Schuller said, “Never cut a tree down in winter. Never make a negative decision when you are low. Never make your most important decisions when you are in your worst moods. Wait. Be patient. The storm will pass. The spring will come.”

If you are ever at a crossroads, utterly confused, remember Lord Krishna’s sermons to Arjuna, who was undecided about joining or not joining the war with Kauravas. Doubts are common. Everyone fights with oneself before arriving at a decision. Don’t become vulnerable. Lord Krishna said that all wars first exist in the mind. Winning in the mind is the first step to winning on the battlefield and in real life. That is precisely how a chess player prepares himself!

The mind is restless and difficult to restrain but think with a calm mind. The first step to gaining clarity on any situation is developing a clear, calm and collected mind.These pearls of wisdom from the Gita should serve as a morale-booster and act as a change-agent for all the children, who are caught in the cross-roads of their careers.