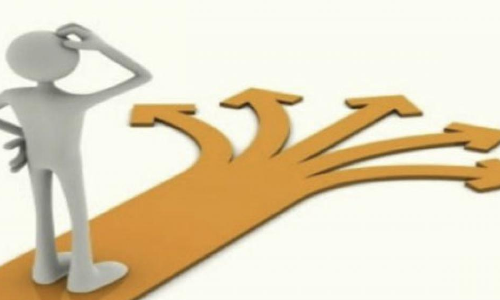 The commencement of every academic year marks the season for choosing a career. Children and their parents are both terribly confused on which career to choose.

The commencement of every academic year marks the season for choosing a career. Children and their parents are both terribly confused on which career to choose.

There is no denying that as professional courses, medicine and engineering rank at the top because of the high degree of opportunities they provide. However, getting a seat in either of them is certainly not everybody’s privilege. It’s a competitive examination, whose outcome need not always necessarily reflect the intellect of an aspirant. There is an art and science to cracking an examination.

Unfortunately, peer group pressure makes our children nervous. Parents oblivious of their child’s potentialities thrust upon them the choice of courses. Social and economic values associated with a profession obviously drives the parents to this state of affairs, often to the dismay and discomfiture of the children who find it difficult to cope up with the expectations of their parents.

In fact, I was also one such victim of peer pressure. Like any other child of my age, I too dreamt of becoming an engineer. My elder brother K Rana Prathap was already pursuing engineering, thereby increasing the pressure on me. But, I failed to crack the exam. I still remember the day when the entrance examination results were announced. I wept for hours together.

I am sure that there may be many children who are in the same state today. I am writing this column especially to rekindle their hopes. Life provides us with myriad opportunities. Even if you miss at one place, you can always catch up in the next step and may even surpass those who had succeeded earlier.

Some of my classmates could get seat in engineering. I felt depressed whenever I met them. Of course, I felt happy at my friends’ success but, was disappointed with my own failure in making the grade.

However, I am in a much better position today compared to them. On failing to get into engineering, I completed B.Sc with Math, Physics and Electronics with distinction.

Thereafter, I left science to acquire a post graduate degree in journalism, and later a doctorate in political science and even taught economics!

It’s good if you get into the professional course which you aspired for. But, not getting it is not the end of the world.

The life of Venkatraman Ramakrishnan, 2009 Nobel Prize winner for Chemistry, is an inspiring lesson. Like any other normal child, he also appeared for Indian Institutes of Technology (IITs) and Christian Medical College, Vellore, entrance exams. He did not do well enough to qualify for admission to either institution.

In his autobiographical essay published in The Hindu (April 07, 2010), he writes, “I was offered admission to study medicine in Baroda. In the meantime, however, I was offered the National Science Talent Scholarship.

I had made an agreement with my father, who wanted me to study medicine, that if I was awarded this scholarship I could choose to study basic science. I therefore decided to enroll in the B.Sc course in physics in Baroda”.

Well this is not to advise you to join in B.Sc even if you get a seat in medicine. Everyone cannot become a Venkatraman. But, the inference that cannot escape our attention is that someone who failed to get a seat in IIT or CMC could become a Nobel winning scientist.

In fact, performance in any entrance examination cannot be construed as conclusive and final assessment of a child’s intelligence quotient.

A friend of mine, who failed in Intermediate and graduated from a little known college, went on to become a Cambridge researcher.

An aunt of mine often complained that her son was scoring so poorly that he had no hope of passing even in one subject. Subsequently, the same child grew up to become a software engineer in a leading multinational in United States. There are twists and turns in every child’s life. The true test is showing the psychological courage in the hour of distress.

Let me recall what I noticed in Lal Bahadur Shastri National Academy of Administration, Mussoorie when I went to deliver lectures for IAS probationers. I saw among graduates from India’s elite institutions like IITs and IIMs alongside those who graduated from open universities.

Parents should never come to a hasty assessment of their child’s talent based on performance in a single entrance test. During their failures, children need parents’ counseling more than anyone else’s.

But, Hawking opted for physics and chemistry, much to his father annoyance. Looking back, had Hawking heeded his father‘s advice, the world would not have had a physicist who pioneered general relativity and altered the understandings about black holes.

There are accomplished intellectuals who deflected from one discipline to another to eventually emerge as living legends.

MS Swaminathan coming from a family of doctors naturally took admission in a medical college. Moved by the human agony following the catastrophic Bengal famine, he resolved to do his bit to ridding the country of hunger pangs. He dumped medicine for a Bachelor of Science degree in zoology.

Swaminathan then decided to pursue a career in agricultural sciences. He graduated with another Bachelor of Science degree, this time in Agricultural Science. He qualified for the Indian Police Service (IPS).

But, he ultimately settled down in agricultural research and came to be reverred as the father of India’s green revolution. As a doctor or a police officer, he would have saved a few lives, but his diversion helped India feed millions of impoverished and famished families.

Well, do not fret if you miss out on engineering or medicine. Who knows? You may end up becoming someone who this nation will feel proud of. Bury the worry before worry buries you.