As I walk into the library… 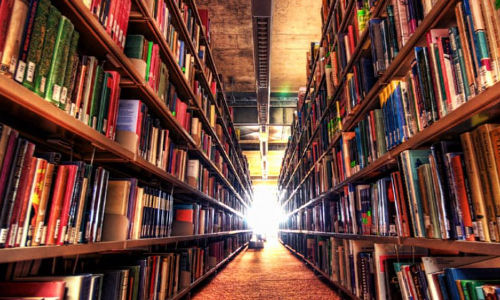 Yet undeterred, I continued to visit the library whenever I found time. Let the world rebuke you, do not change your path if you feel you are on the right track. I perhaps, would not have become a journalist of some repute had it not been for association with the library during my childhood.

As a child, I grew up in an environment when there were no entertainment channels around and there was no access to newspapers. The only magazines we could lay our hands on were those containing serials like today’s television soap operas.

No Facebook, No WhatsApp …Looking back, perhaps it was a perfect setting as there was nothing very glamorous to distract one’s attention. During weekends and holidays, my friends would while away time either playing local games or indulge in gossiping. I was the odd man out.

We had a library about three to four kilometres away. I used to walk the distance to visit it as and when my academic schedule permitted. My exposure to the world of news began there. Even as a school-going child, I used to get deeply engrossed in reading Telugu newspapers.

It was 1977 and I was studying in eighth standard. That was the time when emergency had just about been lifted. The newspapers were full of stories about the dark days of emergency and the new democratic awakening. They started sowing seeds of democratic consciousness in me.

I felt inspired as and when I walked into the town library. The books, newspapers, magazines, avid readers; well the entire surrounding was intellectually stimulating.

As Ernest Hemingway, the American novelist and short story writer, whose style had a profound influence on 20th-century fiction and won him the Nobel Literature for ‘The Old Man and the Sea’, said, “There is no friend as loyal as a book”.

We lived in a “basti” where non-academic culture was pervasive. Unlike other children, who either freaked out playing with friends or the academic-driven ones confined to their houses, I was a different child because I preferred to go to a library.

Yet, I never felt isolated. The world of information available in the treasure trove was so invigorating that I was never lonely. This quest for procuring information remained ingrained in me and defined my later day personality and profession.

I strongly believed and continue to do so that one has to do something he or she likes as long as it is right.

Let me tell you, there were quite a few who appreciated me while my father’s colleagues used to scold their children for not taking the cue from me. This further infuriated my friends, who used to mock me more.

Yet undeterred, I continued to visit the library whenever I found time. Let the world rebuke you, do not change your path if you feel you are on the right track. I perhaps, would not have become a journalist of some repute had it not been for association with the library during my childhood.

During the summer vacation at the instance of my father, my cousins also followed me to the library. But, they were irregular. It’s the innate urge that drives you. Let me also confess that some my cousins and some of my friends who did not accompany me to the library did perform well in academics. However, I am blessed I could do well both in the world of academics and the world around.

It was in libraries that windows opened for me to see and learn from the world of epics. The stories of Chandamama were very so inspiring. The problem, though, was the absence of someone who could guide us, something that I lament because I was introduced to the world of literature, per se.

Yes, great ideas take shape in libraries. I still remember the day when books were bought for the first time in our school. Even before, they were arranged in a make-shift library, we flocked there. My teacher selected two small story books for me – ‘Robin Hood’ and ‘The Ugly Duckling’.

These were the first English books I read. I still remember, everyone in my class took two books each as it was a compulsion. I read them and returned the next day itself to take a few more. Many of my friends refused to return the books fearing that they would be given some more to read.

These story books really impacted my personality. The adventures of Robin Hood instilled in me a strong affinity with values of equality and distributive justice. Interestingly enough, I read Robin Hood around the time we had a lesson on French Revolution. The ideals of equality, liberty and fraternity echoed all around. This was also the time when I was reading newspapers full of emergency news.

This further cemented my thoughts into democrat principles and made me swear by egalitarian ideas. I still love to represent all those cherished ideas whose roots originate from my childhood tryst with libraries.

I studied my graduation in electronics in Government City College, Hyderabad. I, more often than not, stopped two bus stops before to drop at State Central Library. Of course, no regret. This is how I read more about the world than the electronics which finally estranged me from my basic academic discipline and engaged me with the world of social sciences.

This is how, though a graduate in electronics, I was a visiting professor of economics in Birla Institute of Technology and Sciences (BITS) despite not having any formal training in economics.

Libraries have shaped my life and career to more rewardingly fruitful levels than the colleges and courses I underwent. It has been a magnetic call because whenever I ventured into the library, a new world was unveiled before me.