Traversing the world of English 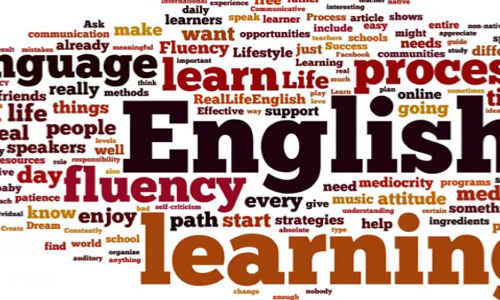 English as a language is amongst the most feared and yet the most craved for. As a kid, I too was fascinated to learn, write and speak in English. My father had a strong desire to educate me in English medium. This is how I moved to an English medium school in seventh standard. It was a terrible time.

English as a language is amongst the most feared and yet the most craved for. As a kid, I too was fascinated to learn, write and speak in English. My father had a strong desire to educate me in English medium. This is how I moved to an English medium school in seventh standard. It was a terrible time.

Yet an exciting journey through the language that fascinates. In fact, I had a strong liking for Telugu too. I cherish Telugu prose and poetry so much that I actually dabbled in writing poems. However, English lured me.

In the summer of 1976, when my parents decided to enrol me in an English medium school, I was asked to spend the vacation in an Anglo-Indian neighbour's house. It was intended to help my spoken English skills.

I was shy, nervous and embarrassed to spend my days in someone else's household where women outnumbered men. I still regret for not having heeded to the advice of my parents. Language spoken by people for whom it is a mother tongue would certainly be more attractive.

This was my first lesson on how to acquire language skills. I always advise someone who seeks my guidance to shed embarrassment while learning a language. Shyness impedes learning agility.

For the entire year, mastering English language was my only hidden agenda. I read innumerable grammar books and accomplished practical exercises to get a reasonable command on writing skills.
As Francis Bacon rightly stated centuries earlier, reading, writing and speaking are the three universal mantras to learn a language.

It was during my graduation that I could get an opportunity to read a lot. Today's generation has immense possibilities and resources at their disposal. The only thing required is an unparallel commitment and an indefatigable effort and relentless motivation.

I have always been fascinated by dictionaries. My grandfather dreamt of making my father a graduate. He presented an English to Telugu dictionary authored by Shankar Narayan to my father.

The dictionary carried the name of my father written in my grandfather's own handwriting. It always inspired me. I was motivated to read it almost like a textbook. By the time we grew up, my father bought the Oxford Advanced Learner's Dictionary of Current English.

However, language can only be improved by putting it into use. Language alone will not make you to write. I have no hesitation in admitting that many of my colleagues, both in the university and at the newspaper office, have superior language skills.

I won admiration because of my proficient productivity. Skill is meaningless if it is not supplemented by productivity and a passion.

My maternal uncle was a lecturer and was the most educated in our immediate family. I made it a point to write letters to him with remarkable frequency. I also made it a habit to keep a dictionary, a book of idioms and thesaurus whenever I wrote letters.

I still remember the day I did not get seat in engineering. To come out of the frustration, I started writing a letter to my uncle. This was what I wrote in 1980. "I have decided to set at naught all my feelings and try again for a scintillating future".

Surprised by my usage of words and phrases (He was unaware that they were picked up for the purpose), my uncle told my father that I would perhaps be better if I did not join engineering. He was bang on.

A methodical approach yields better results than an undefined one. This was my belated realisation. It's true. When it comes to language superiority, the power of expression depends on your ability to choose the precise word at the right time.

My excitement really doubled when I explored the stories behind the English words. Etymology – the study of word origins – is fantastically interesting. The fascinating tales behind the words make it easy to remember and recall. I am sure all of you might have participated or at least watched a quiz competition.

Look at the legend behind the word. A theatre-owner made a bet that he could introduce a new word into the English language within a day or two and that the people would make up the meaning of the word themselves.

So he wrote the nonsense word “quiz” on some pieces of paper and got it written on walls to test the people. The next day everyone was talking about it. It was not long before it was incorporated into everyday language, meaning a sort of “test".

Many of us have suffered from malaria. The origin of this word is interesting. It comes from the medieval Italian words “mal” meaning “bad” and “aria” meaning “air” – so it literally means “bad air”.

The term was used to describe the unpleasant air emanating from the waterlogged land surrounding Rome. This is how I not only developed learning English but could easily remember the origins and usage of words.

Let me narrate an interesting anecdote. My roommate used to wake up early in the morning to memorise English summaries. However, when it came to the examination part, despite insufficient preparation, I achieved a distinction whereas he failed.

Quite expectedly, he was livid. I told him, ‘Well I never had a need to read English subject as I was compelled to listen when you were reading aloud.’

The thing to note is that his reading did not enter his mind but mine because I was attentive. Nothing, especially a language, can be mastered without the passion to go about it. Even today when I write my edit, I explore for better and more appropriate words.

Bill Gates said he felt stupid for not learning a foreign language. Why is it that we get nightmares when learning English? It is not alien considering our centuries old association with the language. The approach and mindset has to change.