Buzz, not budget, can make a brand 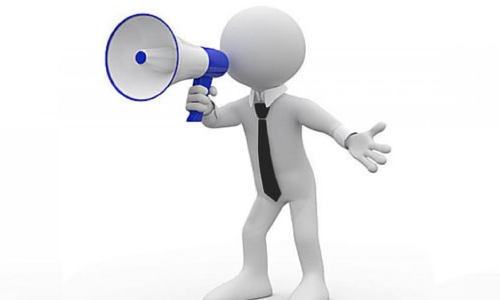 There are innumerable creative ways to ensure publicity through low-cost means provided you create a marketing hook. Jayson DeMers in an article entitled ‘7 Cheap Ways to Generate Buzz for Your Business’ published in forbes.com says that a marketing hook is simply a short message intended to capture attention and get people talking.

There are innumerable creative ways to ensure publicity through low-cost means provided you create a marketing hook. Jayson DeMers in an article entitled ‘7 Cheap Ways to Generate Buzz for Your Business’ published in forbes.com says that a marketing hook is simply a short message intended to capture attention and get people talking. Ideally, it will leave people wanting more

Epoch-making director SS Rajamouli’s tryst with ‘Baahubali’ is not merely restricted to making a pioneering magnum opus as it also offers remarkable lessons in brand management, art of publicity and communication strategies.

Make people talk about you even without spending anything. An idea can change your life as it can make the world rally around you. The box office tsunami created by ‘Baahubali-2’ owes to a simple yet powerful question that made the world to intensely debate - Why did Kattappa kill Baahubali?

Everyone knows it as a fantasy. Yet, people talked about it. The buzz is more important than whether the topic of discussion is real or imaginary. The million-dollar question that essentially was a pre-release publicity kept the audience on the tenterhooks.

Everyone flocking theatres were doing so only to know why Kattappa killed Baahubali. Many who failed to catch up early warranted their friends not to reveal the story to them as that would kill their curiosity. Thus was the unprecedented inquisitiveness generated by the question.

It’s the curiosity-driven question that everyone interested in penetrating the market should think of spreading across. Why should the consumers buy my product only? While the marketers need to put this question to themselves, politicians should think on why the electorate vote for them pointed questions in such milieu of menus can certainly invite interest in you.

Several years back, I suddenly saw thousands of posters pasted on the city walls. It did not advertise anything. It simply read ‘I found it …’ a few days later; the answer was given in yet another poster. Of course, it was the campaign of a religious organisation. Yet, everyone was discussing on what was found.

There are innumerable creative ways to ensure publicity through low-cost means provided you create a marketing hook. Jayson DeMers in an article entitled ‘7 Cheap Ways to Generate Buzz for Your Business’ published in forbes.com says that a marketing hook is simply a short message intended to capture attention and get people talking.

Ideally, it will leave people wanting more. A creative hook can/should be any of the following: A short phrase that conveys your unique value proposition; a ‘slant’ or angle for your business: something that gets people talking to their friends; or a catchy jingle, message or unique offer or an important benefit.

A sense of anticipation or scarcity can also give rise to a buzz that you can turn to your advantage. Sharing enticing details of an upcoming product or promotion can create interest and leave people wanting more. For instance, the 30-second promo of the 'Sahore Baahubali' song set ablaze the social media.

In 2007, when I entered the electoral fray to contest for Legislative Council, I had no money to spend on publicity to bolster my image among the voters. The competition was too high. There were 56 candidates in the fray, including nominees of almost all political parties, who spent money like water.
Crores were spent by the contestants for huge cut-outs, posters, and media blitz.

As my message was rather obscure, my camping was focused on a simple, but effective, slogan- ‘Mind power versus Money power, Time for you to decide’. It really created a buzz. Educated voters frustrated by the unabashed display of money power by different candidates saw a refreshing and reassuring alternative in me. It was enough for the voters to talk about me. Some mocked me.

Sceptics cautioned me on mistaking it to be a demonstration of arrogance. Yet, my television shows, my academic credentials and innumerable public speeches before and during the campaign trail gave credence to my claims.

Usually, the term was for six years. But as the Council was constituted for the first time and one third had to retire as per the Constitution, some of us got two-year term. I had to go to elections again. The earlier slogan was so powerful that it reverberated in the campaign even after two years.

This time I coined another slogan. My appeal to the voters was simple: You have given me the mandate for six years. Although the validity is for six years, I have to come to you within two years. Give me “top up”, the phrase that is very popular among mobile telephone users. The “Top Up” really caught up with voters facilitating a smooth sail despite a low-key campaign as I was indecisive till the last minute on whether or not to seek reelection.

More than the product, the buzz around an idea or a question or a slogan would define the customer’s interest. Yet a mere buzz will not suffice. People stormed the theatres to see the ‘Baahubali-2’ to know the answer to a question that engaged them as the visual feast was anyhow assured to those who knew the first part of the film and the creativity of the celebrated director.

Public relation is 90 per cent performance and 10 per cent talking about. A plastic surgery cannot beautify the image of a product or a service.

It’s difficult to pin point what creates a buzz as no one can exactly define the characteristics of a video that goes viral. The crowd behaviour is unpredictable. You keep on trying. Think of new ideas. Who knows?