Think hard, don’t do anything in haste 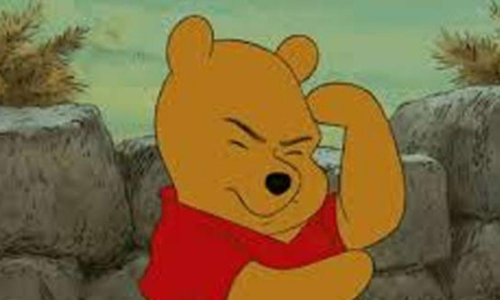 Pressure, tension, anger, frustration, stress and strain are part and parcel of the ruthlessly competitive world we live in presently.

Family-connect, community attachment and leisure reading were means that exposed us to the age-old wisdom that served as a guru that taught us the art of survival.

The tales of ‘Panchatantra’ are one such inexhaustible treasure of wisdom. Both the child and the adult can always look for behavioural transformation in these great stories.

The ‘Panchatantra’ is an ancient Indian collection of inter-related animal fables in verse and prose. The original Sanskrit work is attributed to Vishnu Sharma.

Read this simple story found in Franklin Edgerton’s reconstruction of Panchatantra (Edgerton was an American linguistic scholar. He was Salisbury Professor of Sanskrit and Comparative Philology at Yale University)

Dev Sharma was a Brahmin who used to live with his wife in a certain town. One day, his wife gave birth to a son. On the very same day, a female mongoose gave birth to a baby mongoose very near to his house. The mother mongoose died soon after the birth.

When they observed this, they took pity on it. The Brahmin's wife adopted the little mongoose and started looking after him as her own son. Both her son and the mongoose were very fond of each other, and spent all the time together.

However, the mother was conscious of the fact that the mongoose was an animal, after all. That made her to keep a tight vigil.

"He is a mongoose and will soon develop animal instincts. Some day, he may harm my own son. I shall always keep a watch on him," was a thought that always haunted the mind of the woman.

One day, she had to fetch water. So, she put her son to bed, and while going outside with the pitcher, asked her husband to keep a watch.

She said, "I am going to the well to fetch water. Please look after our son and make sure the mongoose does not harm him by accident."

The Brahmin was careless. Without informing his wife, he went to beg for alms leaving the little mongoose and their son to fend for themselves.

It was around that time that a venomous snake entered the house through a hold and started approaching the Brahmin's son.

When the mongoose saw this, he attacked his natural enemy to defend the child, who was like a brother to him.

Although he was small and the snake was strong, he fought with all might and bit the snake into pieces and eventually killed it. His mouth and claws were all smeared with the snake's blood.

The little mongoose was very proud of itself; and waited outside the house for the Brahmin's wife. He was eager to show his mother how brave he was.

Knowing her husband's carelessness, the Brahmin's wife was tensed and was returning in a hurry. When she saw the little mongoose coming towards her, she noticed that he was covered in blood, and without thinking, jumped to the conclusion that the mongoose must have attacked her son.

She ran inside, and she was amazed to see her son safely sleeping in his cradle. She then saw the snake near the cradle that had been shredded.

At once, she realized what had happened. She was heart-broken with the thought of having hurt the little mongoose, which was like a son to her.

The wise are not wrong in their caution: Think hard and do not do anything in haste. It’s important to heed to this wisdom essentially because human behaviour has a pattern.

The pattern of behaviour illustrated in this ancient story is even established by contemporary social psychological research.

Charles G. Lord, et al of Stanford University in a research paper on Biased Assimilation and Attitude Polarization published in Journal of Personality and Social Psychology (1979, Vol. 37, No. 11, 2098-2109) states that when you want to believe something and you are presented with evidence, you interpret that evidence as supporting your pre-conceived belief.

In the Panchatantra story, the Brahmin’s wife believed that the mongoose would harm her child. When she was presented with an evidence of the mongoose covered in blood, she interpreted that evidence as supporting her pre-established belief.

Research in social psychology thus clearly establishes that people who hold strong opinions on complex social issues are likely to examine relevant empirical evidence in a biased manner to draw undue support for their initial positions.

Once an opinion has been formed, human beings will goad everyone to toe the line. The Harvard Business Review article “The Hidden Traps in Decision Making,” by John S, et al also revealed that we only look for evidence that substantiates our preferences.

This does not mean your existing instinct is wrong. However, to avoid this trap, ensure whether you have examined all aspects of the evidence with equal weightage, even if it is contrary to your perceptions.

Identify someone whom you trust to play the role of a devil’s advocate to argue against your decision. Or do it yourself. Always be conscious of your motives.

You should be the best critic of yourself and your decisions. However, don’t become indecisive. All of us are vulnerable to such cognitive traps in our behavior, which explain the mistakes we commit because of our haste.

Think pragmatically and without bias. Avoid getting influenced by your predetermined notions and beliefs.