The sculptor’s guide to excellence 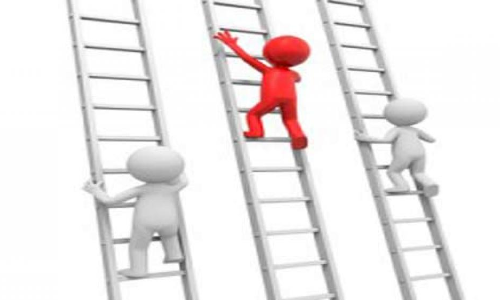 As soon as my daughter saw my recently published book, which is a collection of my editorials, she took me by surprise while asking ‘Dad, what is the best edit you have written?’

As soon as my daughter saw my recently published book, which is a collection of my editorials, she took me by surprise while asking ‘Dad, what is the best edit you have written?’

My instant retort was, ‘well, I don’t believe in choosing the best among what I have done. However, I do try to improve upon each of my works.

Call it a sportsman’s spirit or an obsession, but, at the personal level, I strongly feel that excellence is an attitude and not a skill. An attitude to excel cannot be a one-time attribute.

That quest to improvise is what propels one to achieve more and more. The world is relative. Our human experience, endeavours and everything else are relative. Best is summarily in the past tense as it cannot measure the future.

Let me share a message I received from somewhere that really struck my attention. A German once visited a temple under construction where he saw a sculptor making an idol of God…

There the foreigner noticed a replica, nearby... Surprised, he asked the sculptor, “Do you need two statues of the same idol?”

‘No’, said the sculptor without looking up. “We need only one. Unfortunately, the first was damaged at the last stage”.

“The gentleman examined the idol and found no apparent damage …

“Where is the damage?” he asked. “There is a scratch on the nose of the idol” said the sculptor, still absorbed in his work…

On being asked where he would install the idol, the sculptor replied that it would be installed on a pillar 20 feet high…

“If the idol is that far who is going to know that there is a scratch on the nose?” the gentleman asked. The sculptor stopped work, looked up at the gentleman, smiled and said, “I will know it…” the desire to excel is exclusive of the fact whether someone else appreciates it or not …

Excellence is a drive from inside, not outside… Excellence is not for someone else to notice but for your own satisfaction and efficiency.

However, excellence cannot go unnoticed, as it is always inspiring and eye-catching. Excellence is self-illuminating and it does not require someone to certify or ratify.

Remember, these words from someone whose name is synonymous with innovation, Steve Jobs: “Some people are not used to an environment where excellence is expected. Be a yardstick of quality.”

Aiming at something seemingly impossible is the first step to scale something that is considered to be so.

As the Chinese philosopher, Confucius said, “The will to win, the desire to succeed, the urge to reach your full potential... these are the keys that will unlock the door to personal excellence.”

This is precisely the reason why some of the very talented around us do not succeed in reaching the pinnacle of professional glory while the mediocre register unbelievable success.

The difference is in a lack of will, and the desire to explore. These qualities are inculcated by one’s surroundings. Some may have them as their innate qualities. In others, we may have to trigger. The attitudinal change is to be ensured.

“Excellence is an art won by training and habituation”, asserts Aristotle.

Excellence comes from saying no. Once I met Prof Raji Reddy. The name sounds like someone whom you know intimately as it is ubiquitous. But, I am referring to a pioneer of Artificial Intelligence.

This Indian-American computer scientist is the winner of the Turing Award, the highest in computer science. He served on the faculty of Stanford and Carnegie Mellon University for over 40 years.

He is the former Co-Chair of US President’s Information Technology. As I interacted with him, the question that was pinching my mind was, ‘how did this man, who looks so simple, could win so many laurels, that too studying in a normal government school.’

During the course of our long conversation, he said at a point of time, “If someone else can do it why can’t we?”

Yes, excellence comes from saying no. Many of us begin by identifying hundred and one reasons for not doing so. However, start thinking about how it can be done.

Such an attitudinal shift is half the work accomplished. Even if you fail to complete the job you will have consolation of gaining many insights that you never knew about.

Frances Frei and Amy Schulman at Harvard Business School designed a course that teaches one to define and achieve one’s own interpretations of success.

Let me summarise for you what they say. (www. http://hbswk.hbs. edu) In order to achieve excellence, you need the courage to be bad.

The main obstacle most people face is in trying to be good at everything, and therefore end up at not being excellent in anything.

You need to learn how to work with others to complement your weaknesses. That is the fundamental step towards achieving excellence.