Hindutva vs Not Hinduism 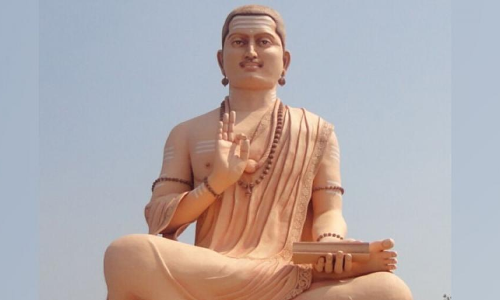 As the BJP uses aggressive Hindu nationalism to wrest power from Congress in crucial South Indian state of Karnataka, the Siddaramaiah government in a bid to respond to the saffron politics in the language of religion has endorsed the long pending demand of Lingayats for a separate religious identity.

As the BJP uses aggressive Hindu nationalism to wrest power from Congress in crucial South Indian state of Karnataka, the Siddaramaiah government in a bid to respond to the saffron politics in the language of religion has endorsed the long pending demand of Lingayats for a separate religious identity.

Caste, religion and politics are intricately connected in India despite its secular, constitutional credentials. When the Mandal issue posed a serious threat to BJP’s pan-Hindu mobilisation, the Sangh Parivar stepped in to rally the politics of India around Ram Mandir. The BJP immensely benefited from this counter strategy.

The movement among a section of Lingayats that forms the core support base of the saffron brigade for a unique religious identity distinct from that of Hinduism has certainly irked the BJP that hopes to come back.
The BJP which is in jittery over the Congress Chief Minister's shrewd political and electoral strategy is now confronting the Rahul Gandhi calling his party as one which wants to divide Hinduism.

But, the fact remains is that neither the Congress nor Chief Minister Siddaramaiah is the creator of this demand. The Lingayats urge for a separate religious identity distinct from that of Hinduism is long standing demand. The ‘Not Hinduism’ campaign has only intensified in the recent past with the tacit support of the ruling Congress with an eye on the elections.

Otherwise, the Karnataka state government has no reason to decide on such an emotive issue just months before elections. The state government is not the final authority on the matter and the proposal has been endorsed by the state Cabinet and sent to the Ministry of Home Affairs, Government of India. The BJP led Central government will not give its approval to the proposal. It is unlikely that even the judiciary would accept this as the apex court called Hinduism as a way of life.

But, it cannot be accused that Congress alone is applying politics over the issue. The BJP's chief ministerial candidate, and the Lingayat strongman, Yeddyurappa earlier supported the demand of Lingayats and in fact became a powerful leader of the community. The demand is now unpalatable to the BJP leader as he fears a political fallout. This is how, politicians and parties of all hues use emotive issues to their political advantage.

The Lingayatism has a split personality in the course of its evolution as it imbibes several features of Hinduism while inheriting a rich legacy of progressive struggle against the caste system that plagues this religion.

Hinduism is an amorphous religion that assimilates in itself myriad schools and sects. But, such an explanation cannot convince those who feel that their creed is a religion on its own. More so, such elucidation cannot silence the political authors of the demand.

Therefore, it’s no longer a sociological question. The competing parties clamour for establishing their version of the issue in dispute. Lingayats account for 17 per cent of state population and their support is critical for electoral success of any party. For years now, the community has been mainly rallying behind BJP. The party’s chief ministerial candidate, B S Yeddyurappa, though scam-tainted, is considered a powerful leader of Lingayats. This community backing made the BJP to bring back the tainted leader to the fore and present him as its chief ministerial nominee.

Not just the political spectrum, even the Lingayats are not united on the issue. But, reports indicate that cause of ‘Not Hinduism’ is gaining popularity among the Lingayats, causing anxious moments for the BJP.
The Hindi-Hindu image of BJP still impedes the party’s prospects in South India. Karnataka was the first state to break the ice. But, a series of corruption scandals has made the party eat humble pie.

Now at a time when the party wants to stage a comeback, riding on the possible anti-incumbency faced by the Congress government, it finds it difficult to pierce through, as Karnataka Chief Minister Siddaramaiah challenges the saffron brigade with an home grown strategy.

The Dravidian movement made neighbouring Tamil Nadu a difficult terrain for BJP politics. Now, the Lingayat movement for separate religious identity has the potential to upset the BJP’s applecart. Infuriated by the counter strategy of Congress in the state, the BJP now says that the Supreme Court judgements on the Hindu religious character cannot approve such a depiction of Lingayatism. But, it is surprising that the BJP which says the Ram temple issue is something to do with faith and courts have no role to play denies the faith of Lingayats that they constitute a separate religion.

Not just in the political sphere, the community is also not united on the question. The Lingayats are arguing that Veerashaivas are responsible for including them along with the latter as part of Hindu religious identity. Veerashaivas, on the other hand argue that their community and Lingayats are same.

But, Lingayats are vehemently differing with the stand of Veerashaivas. Against this background, the differences between the two sects violently came to the fore in the wake of the Karnataka government endorsing the demand of Lingayats.

The Akhila Bharata Veerashaiva Mahasabha proclaimed that both the Lingayats and Veerashaivas are one and the same. The argument of Lingayats is different. They argue that Basavanna completely rejected Hindu caste system, Vedic rituals and traditions that form the core of the Hindu religion. But, the Veerashaivas follow Vedas and Agama Shastras, the Lingayat leaders contend.

Basavanna remarked, “the stories of divine birth are false. The higher type of man is the man who knows himself”. Questioning the concept of purity of religious practices, this social reformer said, “Outcaste’s hovel, and the deity’s temple. Whether for ritual or rinsing, is into the water same?” Strongly denouncing the caste system practiced in Hinduism, Basavanna further asked, “is there anyone in the world delivered through the ear? Just like the outcaste, chandala, the Brahmin too was born in human womb”.

Not just on this issue, Siddaramaiah is proving to be hard nut to crack for the BJP. He is countering BJP's aggressive brand of nationalism with equally emotive Kannada sub-nationalism. While the BJP wants to consolidate with its slogan of one India, the Karnataka Chief Minister raised the issue of separate flag for the state.

The BJP cannot continue to monopolise in politically encashing on peoples’ sentiments whether it is on the temple issue or on the cow protection. The Congress tried unsuccessfully to counter Modi juggernaut in Gujarat with its soft Hindutva. The BJP could easily assail such soft Hindutva position taken especially by its party chief Rahul Gandhi. But, the assertion of Lingayat identify proves to be a litmus test for BJP's political and propaganda machine.

India is a land of diversity. Hinduism is a tapestry of faiths, traditions and beliefs. The politico-religious machine of BJP parivar tried to present a monolithic view of the Hindu religion for its politics of majoritarianism. Its obsession with Hindi is yet another illustration of BJP's attempts to stifle the pluralism and diversity of Indian society. Such a political project cannot be without any political and social backlash.