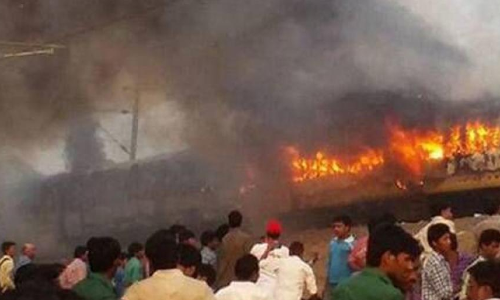 Reservations for any community cannot be accorded at the sweet will of any particular government. Nor can it be done due to political pressure by any politically organised community. The Supreme Court has struck down the decision taken by the UPA government on extending reservations to Jats in nine States. The pronouncements made by the apex court in this verdict raise several pertinent constitut

Reservations for any community cannot be accorded at the sweet will of any particular government. Nor can it be done due to political pressure by any politically organised community. The Supreme Court has struck down the decision taken by the UPA government on extending reservations to Jats in nine States. The pronouncements made by the apex court in this verdict raise several pertinent constitutional questions over the Andhra Pradesh government decision to accord five per cent quota for Kapus.

Like Jats, Kapus are also politically organised community having a decisive say in many Assembly constituencies. Their political significance has increased after the bifurcation of the state. But, one cannot be oblivious to the observations made by Supreme Court in regard to Jats.

In Ram Singh vs. Union of India popularly called Jats reservations case, the apex court said, “[the] inclusion of the politically organised classes (such as Jats) in the list of backward classes mainly, if not solely, on the basis that on same parameters other groups who have fared better have been so included cannot be affirmed.” The same description used to denote Jats (politically organised) can also be extended to evaluate the constitutional legitimacy of the Kapu quota.

The judiciary seems to be holding the view that politically powerful castes can leverage upon their political clout and might appropriate affirmative action like reservations. If so, the courts would obviously step in as the judiciary in a constitutional democracy is endowed with the responsibility of preventing brute majoritarianism taking the political process hostage to the detriment of 'discrete and insular minorities.’

Kapus allege historical injustice to their community as political parties played with their sentiments time and again. Even though this accusation has a basis, the same cannot be the ground for justifying reservations. The perception of Kapus may not be judicially sustainable. Stating that backwardness is a manifestation caused by the presence of several independent circumstances which may be social, cultural, economic, educational or even political, the Supreme Court in the Jats case said, “The perception of a self-proclaimed socially backward class of citizens or even the perception of the “advanced classes” as to the social status of the “less fortunates” cannot continue to be a constitutionally permissible yardstick for determination of backwardness.

Neither can any longer backwardness be a matter of determination on the basis of mathematical formulae evolved by taking into account social, economic and educational indicators. Determination of backwardness must also cease to be relative; possible wrong inclusions cannot be the basis for further inclusions but the gates would be opened only to permit entry of the most distressed. Any other inclusion would be a serious abdication of the constitutional duty of the State.”

It may also be emphasised here that the caste alone need not be the criteria for according reservations. The Apex court in Ram Singh case stated, “Though caste may be a prominent and distinguishing factor for easy determination of backwardness of a social group, this Court has been routinely discouraging the identification of a group as backward solely on the basis of caste. Article 16(4) as also Article 15(4) lays the foundation for affirmative action by the State to reach out to the most deserving..."
Courts have set aside many administrative decisions made in ignorance of relevant material, or is based upon patently irrelevant material or for that matter is made mala fide.

While this blanket position was undermined in NM Thomas and Indra Sawhney, the position remains that while castes, which are generally “socially and occupationally homogenous classes” (Indra Sawhney, para 84), can constitute a convenient starting point for reservations, the ultimate criterion is class backwardness.

When seen in the light of several judgments of Supreme Court, it can be said that Kapus on the basis of caste alone cannot claim reservations. With five per cent quota for Kapus, the total reservations exceed 50 per cent which again is a violation of Constitutional Scheme as interpreted in Indian Jurisprudence.

Vinay Sitapati in the section on reservation in The Oxford Handbook of The Indian Constitution (edited by Sujit Choudhary et al, 2016) terms 50 per cent limit is to balance between competing Constitutional principles of formal equality, social justice and efficiency.

Article 16(4) permits reservations as being an exception to the Constitutional principle of right to equality enshrined in Article 16(1). Since the exception cannot be greater than the rule, the reservations cannot exceed 50 per cent.

Article 335 of the Constitution balances its vision of social justice in the form of reservations with the objective of maintaining efficiency of public administration. The limit of 50 per cent on the total reservations is placed to ensure this balance between what seems to be mutually contradictory, yet, complementary Constitutional provisions.

Reservations policy fails to address other forms of inequalities that transcend caste. Therefore, limiting reservations to 50 per cent would prevent further accentuation of other forms of inequalities that transcend caste. The Articles 15(4) and 16(4) of the Constitution that enable the state to provide reservations for certain classes are special provisions as enunciated in the said articles itself. In M R Balaji verdict, the Constitutional bench of the Supreme Court held that special provisions must be within reasonable limits.

If a provision which is in the nature of an exception completely excludes the rest of the society that clearly is outside the scope of such a provision of the Constitution, it would be extremely unreasonable to assume that in enacting Articles, the Parliament intended to provide that where the advancement of the Backward Classes or the Scheduled Castes and Tribes was concerned, the fundamental rights of the citizens constituting the rest of the society were to be completely and absolutely ignored. The interests of weaker sections of society which are a first charge on the state and the Center have to be adjusted with the interests of the community as a whole. Special provision should be less than 50 per cent.

The Indra Sawhney Judgment held that the provision conceived in the interest of certain sections of society should be balanced against the guarantee of equality which is a guarantee held out to every citizen and to the entire society.

The apex court in Indra Sawhney verdict itself said, “While 50 per cent shall be the rule, it is necessary not to put out of consideration certain extraordinary situations inherent in the great diversity of this country and the people. It might happen that in far-flung and remote areas the population inhabiting those areas might, on account of their being out of the main stream of national life and in view of conditions peculiar to and characteristical to them, need to be treated in a different way, some relaxation in this strict rule may become imperative. In doing so, extreme caution is to be exercised and a special case made out.” Andhra Pradesh cannot be a special case to justify crossing of 50 per cent limit in order to accommodate Kapu quota.

Right to equality forms part of the basic structure. The reservation formula cannot therefore contravene equality provisions of the Constitution. The Chandrababu Naidu government by enacting quota for Kapu may pass political scrutiny, but the Kapu quota formula should ultimately stand the judicial scrutiny if it has to deliver benefits for the section it intended for.