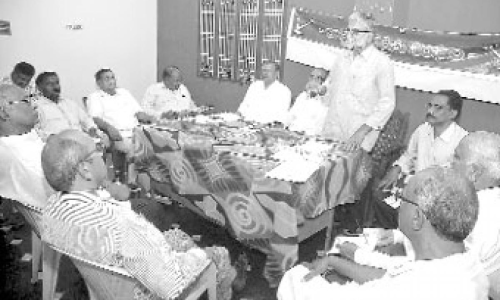 AP Rythu Sangam general secretary KVV Prasad said that mirchi farmers have been facing many problems due to falling of prices from Rs 20,000 per quintal to Rs.7000 per quintal. He said the state and Central governments should intervene and rescue the farmers. He expressed solidarity to the mirchi farmers, who were on relay hunger strike at mirchi yard.