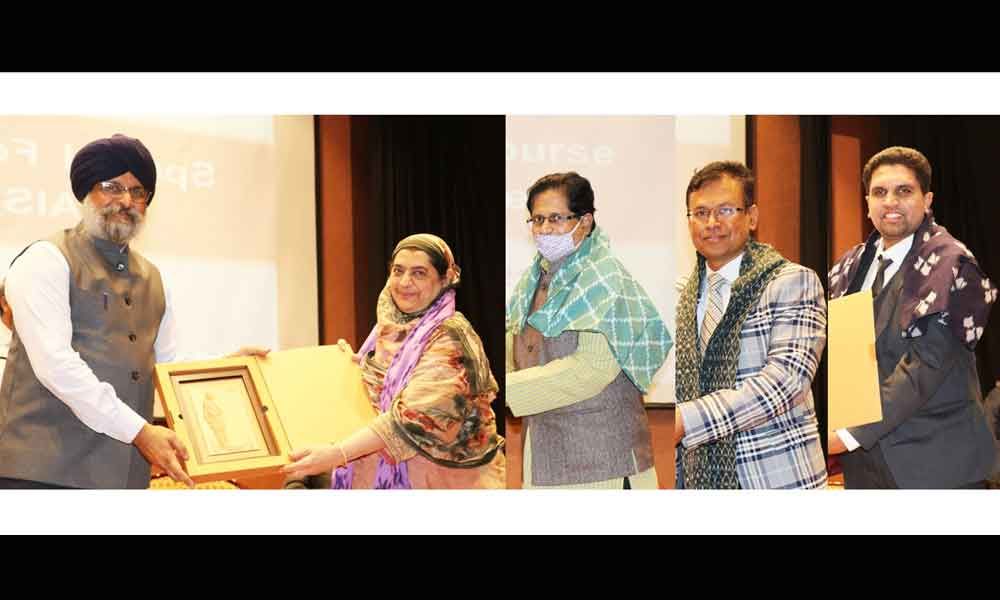 Harpreet Singh, the Director General of the Institute and Principal Secretary to Govt, presided over the panel discussion. He said that the budget was an important document that gives policy direction to legislative action and called upon the trainee civil servants to fully understand not only the various expenditure heads, but also the revenue mobilisation that will bring in money required to fund outlays.

Dr Mubeen Rafat, former Professor and Head, Department of Economics and Finance, ASCI, said that the intent of the budget is to achieve GDP growth through increase in infrastructure investments. However, Rafatstated that this has come with a jump in the fiscal deficit which would push prices up and adversely impact the ability of the country to attract foreign capital. "The budget has not addressed the needs of the Micro, Small and Medium Enterprises (MSME) sector or the migrant labour issues. The philosophy behind the budget is academically correct, but execution will remain a major challenge," she added.

Dr J Manohar Rao, former Professor of Economics at University of Hyderabad, expressed mixed feelings on the budget. He welcomed the impressive outlays on infrastructure saying that this would boost private sector investments and thereby create more jobs in the economy. However, he added that the projected "V" shaped recovery of economy appears to be more exaggerated than what the depressing ground realities suggest.

CA Ganesh Balakrishnan said that while there is no increase in tax rates, there is a large-scalerationalisation and simplification in the procedural aspects of GST. "The budget has proposed the removal of audit requirements and mandated reconciliation of financial statements.Self-certification would improve the procedural aspects of submitting tax returns, which would help in increasing tax collection even when tax rates have not been increased," he added.

CA ShravankumarNemani said that the Budget provides large support to roads, ports, and buildings that will certainly bring in additional revenues in the years to come. "The disinvestment of LIC, banks and other PSUs is a welcome move, which will make them disciplined and transparent", he observed and added that a thrust on agriculture and rural development was widely expected but the budget did not address them. "In line with the International standards, the need of the hour is to align the financial year with the calendar year for the purpose of taxation", he stated.

CA Mohd Irshad Ahmed felt that while the government has not changed both the income tax and GST rates, it has targeted a revenue collection of more than 5 per cent in both GST and Income Tax through stringent recovery mechanism, assisted by Artificial Intelligence and Data Analysis tools. "It is unfortunate that the budget has not addressed the needs of Telangana as there is no mention of any projects for the state", he added.

Dr Amir Ullah Khan, Professor at Dr MCR HRD Institute, who moderated the Panel Discussion, said that the budget is an important tool in the hands of the state to achieve inclusive growth and to deliver services to the most marginalised and the vulnerable. "A robust intervention on part of the government, through the Union Budget 2021, would help rebuild the economy and assure health, education and employment to the vast numbers that have been impacted by COVID 19," he added.