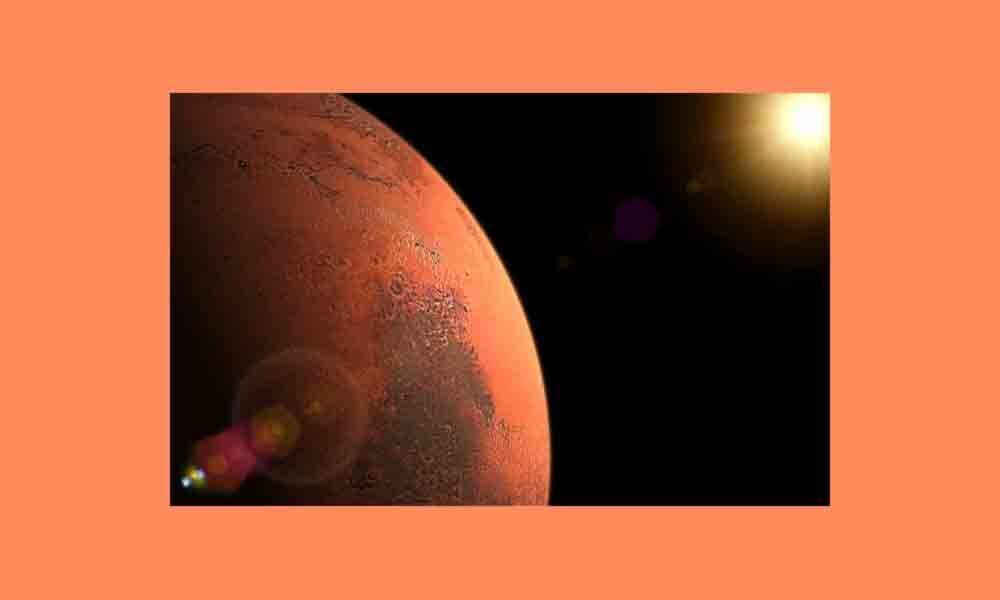 Regions of Mars could be made habitable with a material -- silica aerogel -- that mimics Earth's atmospheric greenhouse effect, according to a study by NASA and Harvard researchers.

Regions of Mars could be made habitable with a material -- silica aerogel -- that mimics Earth's atmospheric greenhouse effect, according to a study by NASA and Harvard researchers.

People have long dreamed of re-shaping the Martian climate to make it livable for humans. Carl Sagan was the first outside of the realm of science fiction to propose terraforming.

In a 1971 paper, Sagan suggested that vapourising the northern polar ice caps would yield atmosphere over the planet, higher global temperatures through the greenhouse effect, and a greatly increased likelihood of liquid water.

Now, researchers from the Harvard University and NASA's Jet Propulsion Lab in the US, have shown that a two to three-centimeter-thick shield of silica aerogel could transmit enough visible light for photosynthesis, and block hazardous ultraviolet radiation.

Doing so will also raise temperatures underneath permanently above the melting point of water, all without the need for any internal heat source, according to the study published in the journal Nature Astronomy. "This regional approach to making Mars habitable is much more achievable than global atmospheric modification," said Robin Wordsworth, Assistant Professor at the Harvard John A Paulson School of Engineering and Applied Sciences (SEAS).

"Unlike the previous ideas to make Mars habitable, this is something that can be developed and tested systematically with materials and technology we already have," said Wordsworth.

"Mars is the most habitable planet in our Solar System besides Earth," said Laura Kerber, Research Scientist at NASA's Jet Propulsion Laboratory. "But it remains a hostile world for many kinds of life. A system for creating small islands of habitability would allow us to transform Mars in a controlled and scalable way," Kerber said.