The changing contours of farmers' agitation 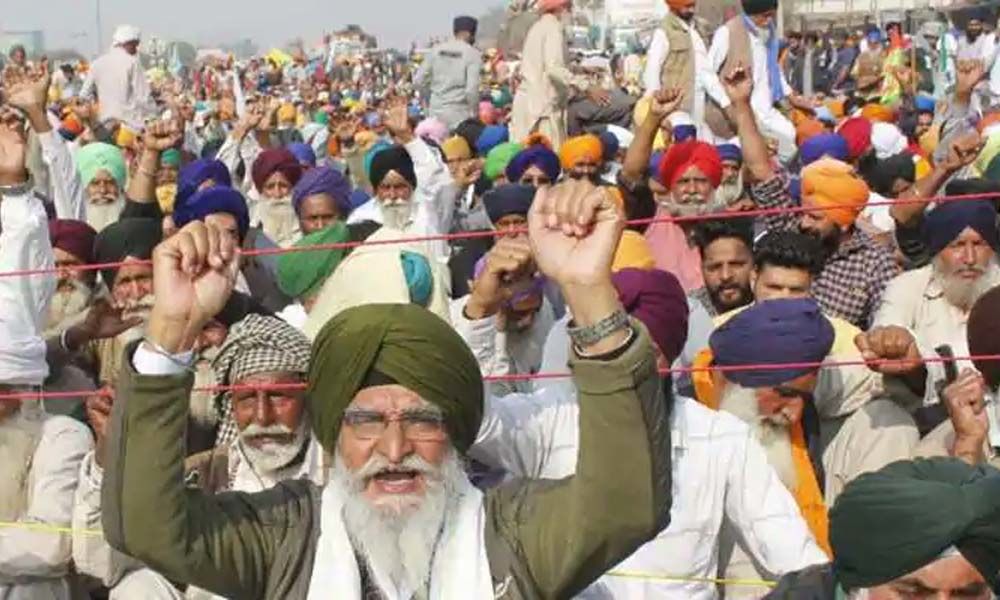 The changing contours of farmers’ agitation

Agitating farmers around Delhi and the central BJP leadership are poles apart, not just in their understanding of the farm laws and their benefits, but also in their political perceptions

Agitating farmers around Delhi and the central BJP leadership are poles apart, not just in their understanding of the farm laws and their benefits, but also in their political perceptions. Understanding the imbroglio needs a careful study of the psychology of the two disagreeing sides. Those who are supporting the amendments made to the farm laws as well those who are opposing those know that farm law changes are inevitable.

No country can sustain the old laws pertaining to agriculture in a world of fast changing dynamics. India's agricultural scenario has undergone a rapid change over the decades and today ours is a grain surplus country. The reforms have been initiated in the 90s' in the country under the Congress rule and there is little that one could do now except continuing the same. As we all know, the protests over the farm laws began in Punjab with the Congress government provoking them. The Punjab government looked at the political capital involved in the protests and extended a helping hand albeit discreetly initially and openly next.

The stir against the farm laws has been leaderless mostly and altogether 35 farm unions came together to organise their dharna in the borders of Delhi. As the numbers swelled, the Centre also understood that handling them would be difficult in the absence of proper leadership. The pulls and tugs of the agitation are such that from the beginning the wheat and paddy growing Jat farmers of Punjab and Haryana came to the forefront and this one only got strengthened with the emergence of Tikait junior as the leader now.

Still, this is a 'two and one quarter state agitation' with the majority of the farmers comprising Punjab, Haryana and Western UP. Notwithstanding the claims of the farmers unions, a distinct political colour is visible to the same. Now that the agitation has brought together the Jats of UP, Haryana and Punjab to Delhi, it remains to be seen whether they could rightly claim to be the representatives of the country. The fight is between the 'Tikait line' of surviving on subsidies and the 'Sharad Joshi' line of open market benefits.

Farmers in the rest of the country have a different take on their priorities. The agitation being supported by the anti-BJP Opposition in the country is being blown out of proportions by a section. In addition, we have social media kings and queens adding spice to the debate. All those blaming the BJP and joining hands with some stray Western voices should note that they are only rendering a great disservice to the country by arguing that it is indeed all about farmers' genocide just as those who are arguing that all the agitating farmers are terrorists.

The fact remains that the BJP instead of educating the farmers has just frozen its moves. And the farmers have embarked on a long fight. Soon, the movement will crystallise around the anti-BJP politics thanks to the intervention of the Opposition and the farmers will be forgotten soon. Already, signs of the farmers movement turning into a jat andolan are aplenty!.