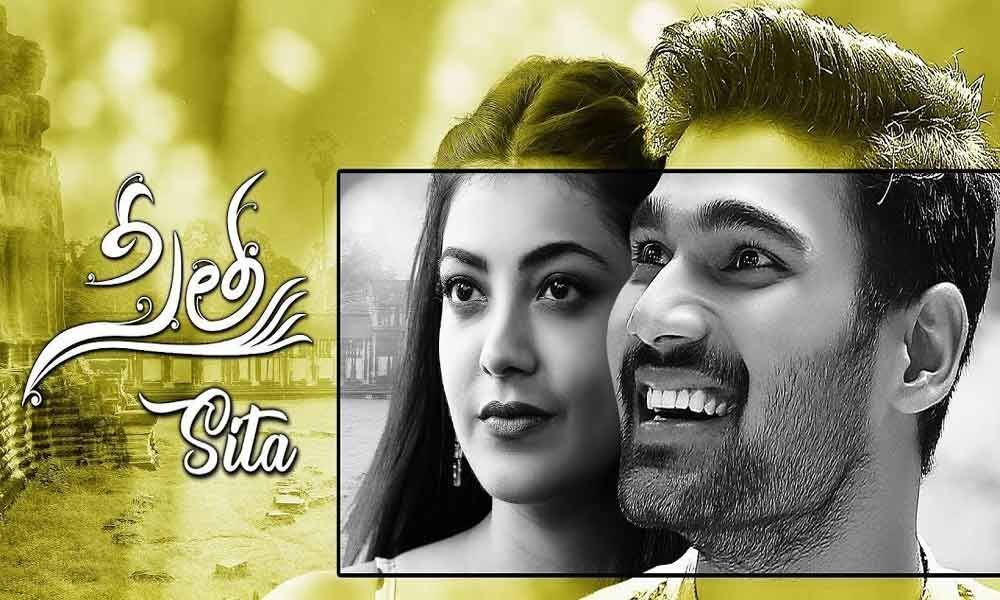 Sita starring Bellamkonda Sai Sreenivas and Kajal Aggarwal is releasing today at the box-office. Teja is the director of the film and Anil Sunkara produced it under AK Entertainments banner. Mannara Chopra will also be seen in an exciting role. The film's review is here. Read on..

Sita (Kajal) seeks the help of the local MLA Basavaraj (Sonu Sood) when she wants the houses in a slum area to be demolished. Basavaraj offers help only after she promises to live together with him, for a month. But Sita fails to keep her promise and Basavaraj creates troubles. She then goes to meet Ram (Belamkonda) who lives in Bhutan. What happens there? How did Ram save Sita? What happens in the end? Forms the story of the movie.

Bellamkonda Sai Srinivas is definitely the show stealer for this film. We can say that the actor has shown a massive improvement when compared to the previous movies. Despite getting a challenging role, Bellamkonda has pulled it off with ease. Kajal Agarwal is truly an asset for this film. Her outstanding performance can be considered as the major highlight of this film. Sonu Sood's intense and energetic performance added more strength for this film. Mannara Chopra not only looked beautiful but also performed well. Abhimanyu Singh delivered an honest performance. Thanikella Bharani justified his role. Abhinav Gomatam also acted well. The rest of the cast also made their presence felt.

The Production values by Rambrahmam Sunkara under AK Entertainments banner are luxurious. Music by Anoop Rubens is definitely one of the major driving factors in the film. Keeping the songs aside, his BGM is astounding. Cinematographer Sirsha Ray has done a spectacular job and has produced some stunning visuals for the film. Editing by Kotagiri Venkateswara Rao is clean and neat.

Director Teja has prepared an interesting storyline for this film. He has prepared a different kind of storyline and more than the story, the characterizations in the movie will definitely grab the attention of the audience. Each and every character is designed beautifully and Teja has narrated the story with a good pace. 'Sita' is a decent movie with an interesting storyline and impressive performances. The entire first half of the film will be filled with comedy, romance and some action sequences. The interval bang is interesting. The second half turns out to be serious when compared to the first half. The second half will also have some boring scenes that will actually test the patience of the audience. However, the director has handled the climax well and gave a happy ending for the movie. On the whole, 'Sita' can be considered as a simple entertaining movie that can be watched once.