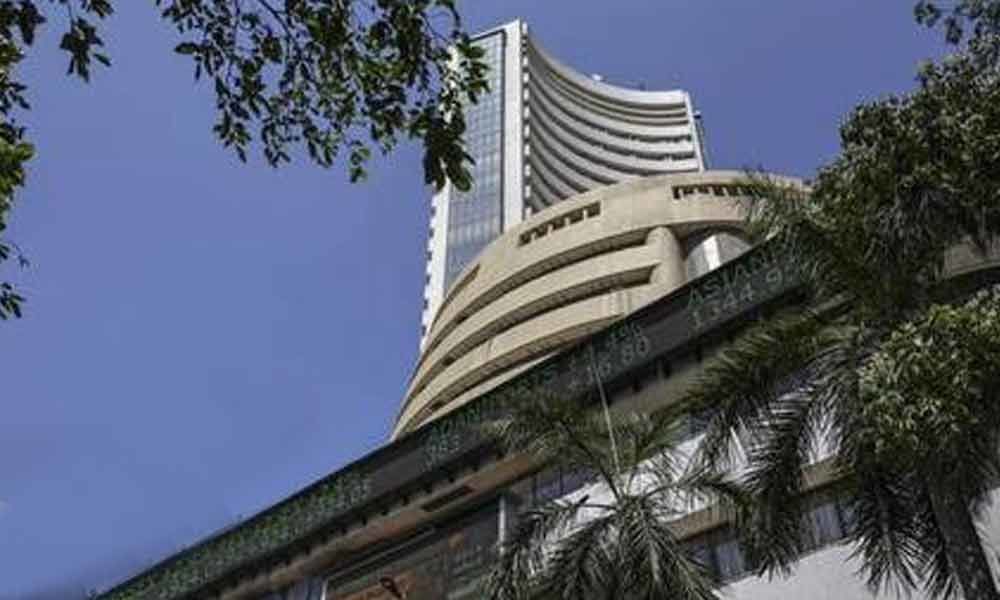 The IT major posted better-than-expected 5.3 per cent rise in its June quarter net profit, and raised revenue growth forecast for the current fiscal. Rival TCS too jumped 1.77 per cent while Tech Mahindra rose 1.73 per cent. HCL Tech gained 0.24 per cent. Led by gains in Infosys and TCS, the BSE IT index rose by 3.53 per cent to 15,634.83 points. "The Nifty was pulled up by tech stocks, buoyed by Infosys earnings and few pharma and metal companies. With the leadership stocks announcing earnings, things have not been as bad as the market had expected.

With positive global cues, the markets have found some stability," Sanctum Wealth Management Chief Investment Officer Sunil Sharma said. Among other gainers, Sun Pharma, Maruti, Kotak Bank, Bajaj Finance and HDFC twins ended up to 3.61 per cent higher. Wholesale price-based inflation declined for the second consecutive month to its 23-month low of 2.02 per cent in June. Retail inflation was also below the RBI's target, raising expectation of further rate cut by the central bank. On the other hand, IndusInd Bank, L&T, ITC, Bharti Airtel, ICICI Bank, Yes Bank, SBI and Hero MotoCorp lost up to 2.28 per cent. Crisis-hit Dewan Housing Finance Corporation (DHFL) tanked 29.15 per cent at close on BSE after it posted its biggest quarterly loss of Rs 2,224 crore for the fourth quarter ended March 31.

The company also informed bourses that it was closely working with the creditors to ensure that there is a comprehensive resolution, without any hair cut to the lenders. Allahabad Bank dropped 7.74 per cent at close after the lender reported a fraud of Rs 1,775 crore by bankrupt Bhushan Power & Steel Ltd. Allahabad Bank is the second state-owned lender to have reported fraud by Bhushan Power and Steel Ltd (BPSL) to the RBI. Sectorally, BSE teck, healthcare and auto indices rallied while BSE capital goods, industrials, telecom, consumer durables and FMCG indices fell up to 1.46 per cent.

Broader BSE midcap and smallcap indices underperformed the benchmark indice, dropping up to 0.63 per cent. Market breadth was negative as 1,590 scrips of the total 2,633 that traded on BSE declined while 881 counters advanced. Analysts said stock markets displayed moderate weakness as these are factoring in a weak earnings season. Vinod Nair, Head of Research, Geojit Financial Services Ltd commented: "Liquidity issue in the domestic market and weak economic data in China put a pressure on the market. Q1 results announced so far have been mixed and going forward are expected to be subdued in nature." Elsewhere in Asia, Shanghai Composite Index, Hang Seng and Nikkei ended in the green, while Kospi settled in the red. Equities in Europe were trading lower in their respective early sessions. On the currency front, the Indian rupee appreciated 17 paise to 68.52 against the US dollar (intra-day). Meanwhile, the global oil benchmark Brent crude futures were trading 0.42 per cent higher at USD 67 per barrel.