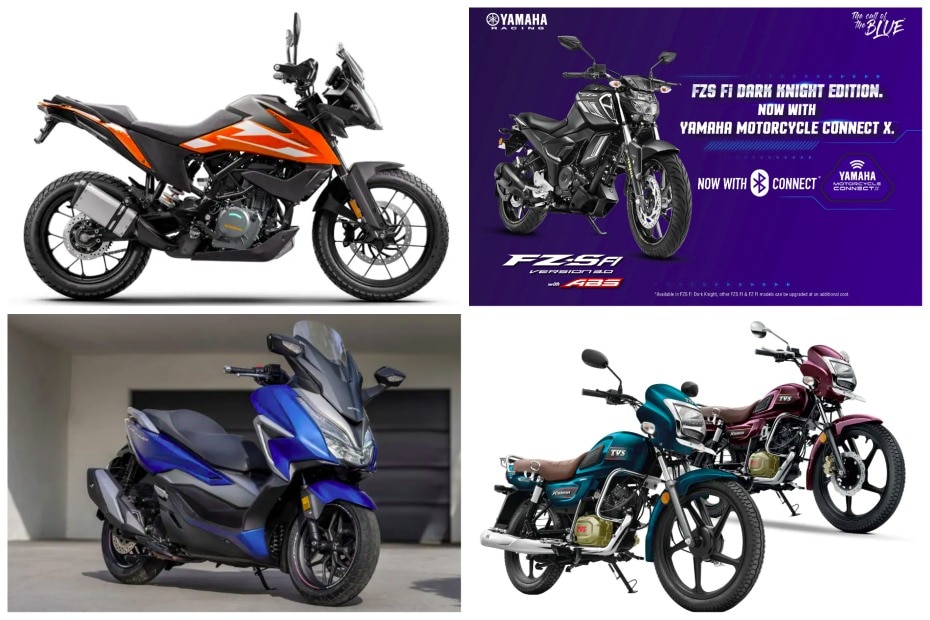 The past couple of weeks have been quite eventful with new two-wheeler launches, updated models and colour options hitting the market. And the trend...

The past couple of weeks have been quite eventful with new two-wheeler launches, updated models and colour options hitting the market. And the trend continues through this week as well. So just in case you missed out, here's a summary of the top five two-wheeler stories. Honda's been rolling out a number of models for 2020 which includes its updated Forza range. The brand earlier had plans of introducing the Forza 300 in India, however, the introduction of the 2021 Forza 350 led to a change in plans. The Japanese brand may soon introduce the larger, more powerful Euro 5-compliant Forza 350 here later this year, instead of the Forza 300. More details here. Leaked images from a dealer presentation suggest KTM is setting the stage to launch its most affordable ADV, the 250 Adventure. Head here for all the juicy details. There's a lot going on behind the scenes for Royal Enfield. The brand new 650 cruiser has speed spotted yet again in what could be the clearest images yet. More details here. Next up from Royal Enfield's stable is the launch of the much-awaited Meteor 350 getting delayed yet again. Here' why?

Last but not the least, the company has launched its first ever 3D configurator app which allows customers to personalise their bikes even before booking them. Yamaha seems to be the next manufacturer after TVS and Suzuki to have launched Bluetooth connected consoles on its two-wheelers. The first of which comes with the FZS-FI V3 Dark Knight Edition. What features does it have to offer? Head here to find out. It's raining offers this festive season which means it's the perfect opportunity to pick up a new two-wheeler. You could save up to Rs 11,000 if you were to buy a Honda product or head down to any TVS showroom and pick up a bike or a scooter with low EMI schemes, low rate of interest and 100 percent funding.